Ely, the terminus of the uncompleted Mesabi Trail, was swollen with tourists and vendors for the blueberry festival. Ely, like Grand Marais, is a gateway to the boundary waters and seems to know what to do when tourists come to town; evidence is in the many shops, restaurants and lodges, in addition
to the Internatiomal Wolf Center and the Bear Center. Ely plays to its north woods locale, although the town itself could have been anywhere, U.S.A.

The Mesabi trail begins in Ely with a few miles of pavement, and shows up once more near Tower, but for practical purposes, the northeastern termimus is near Giant’s Ridge Ski Area. I purchased my $5 trail pass at the Ely Bike Shop and found my way out of town.

From Ely to the trailhead on Rte 135 I found both good riding, as well as broken, unridable shoulders. SW of Embarrass and about 5 mi south of the junction known as Salo Corner, the trail intersects 135 without a peep. This section was paved within the week, and had yet to receive signage. I rode about a mile of fresh tarmac through the forest before I decided I was not on someone’s driveway. This section, as would others, rode like a roller-coaster which was at times challenging and exhilarating. An uncompleted bridge required a detour through an eerily unfinished Pleasantville, called “Voyageur’s Retreat”. Finally intersecting the main artery of the Mesabi Trail, I looked forward to over 80 miles of traffic-free touring.

The Mesabi Trail was unique for several reasons. First: eighty miles through sparsely populated country, the trail did not simulate a wilderness experience. It took in small towns along the way, exhibited many old mining and railroad facilities, and crossed paths with more than a few of the area’s ATV and snowmobile trails.

The GAP/C&O trail does try to offer a sense of wildness, but that trail does pass through more state and federally protected lands. Similarly, the GAP and the Mesabi both pass through old mining country, much like the Ore to Shore trail from Marquette to Ishpeming. This means that towns have seen better days (a common theme on rail trails) but also preserve architecture from the boom-town era. Old Woolworth and J.C. Penney stores, alongside Carnegie Libraries and main street facades from times past are all frozen in time, especially in towns like Virginia, Hibbing, and Grand Rapids.

The riding was widely varied: shallow grades and broad turns marked old rail beds; while other sections wound furiously around, up and over terrain that previously had been accessed by ATV and snowmobile. Through towns, the trail was well signed, utilizing painted on-road arrows that were especially helpful and are easy and cheap to maintain on an annual basis. Signage may go missing, but painted arrows will remain. Several times quiet city streets and broad sidewalks were incorporated; I am glad to see the use of existing facilities. The expense of a dedicated trail alongside a quiet street is unecessary. Good trails allow people to get places, not to shield them
unnecessarily from
safe roadways (although a relief, sometimes from
unsafe roadways). These “town crossings” are suitable for teaching children how to ride on roadways; stop, signal, and ride predictably.

The trail is a little more difficult than some, but the local topography isn’t changing, and the challenge will give confidence for real-world riding elsewhere. In all, a pleasant, unique trail that managed to take me where I needed to go.

Don’t stop there: Some basic signage upon entering town could list local businesses: especially food, lodging, outdoor outfitters and bicycle shops. The GAP/C&O displays these signs when entering trail towns, and I often find reason to roll into town. Could local businesses fund signage? Without some information, I might just suppose another sleepy little town when there is actually a great bakery around the corner. My iPod Touch and WiFi in towns like Hibbing allowed better perspective of where I was.

Please, please, please include camping along the trail. The ACA (Adventure Cycling) Northern Tier Route passes through Grand Rapids, and camping facilities for hikers/biking would be a huge attraction. These typically include a water source (pump), pit toilet, and a patch of grass, perhaps with a picnic table. Pack out your garbage, and the site has relatively low maintenance costs. On the GAP trail, several sites were Eagle Scout projects; basically a donation of one’s time, and some resources from the community. Small towns have a lot to benefit from trails like this. Places like Embarrass, MN will finally have something to be proud of.

Consider connectivity to other trails by designated on-road routes. The Paul Bunyan, Mesabi and Gitchi Gami will someday make trail riding in northern MN exceptional. More importantly, suggest safe on-road routes fir unfinished sections of trail. Don’t advertise how great and long the trail will be, only to leave stranded on unsafe roads. The Gitchi Gami did a splendid job of this; the trail followed near Hwy 61, which also had a generous shoulder, but the trail and the shoulder disappeared for the last 15-20 miles into Grand Marais.

And the trail fee, while seemingly unenforced, is a little discouraging. I hope the state can cough up some dollars soon. 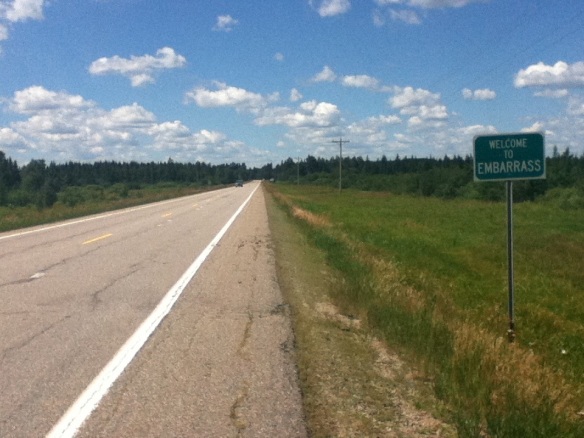 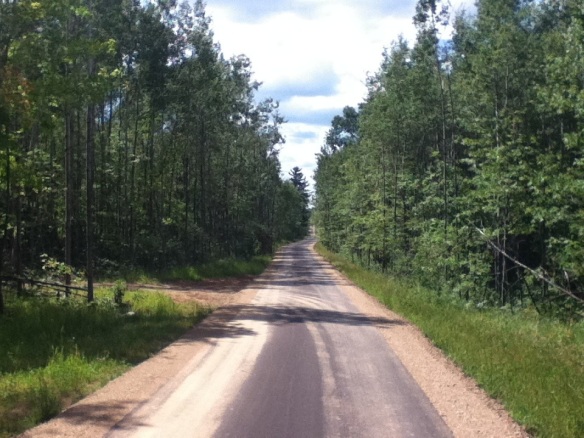 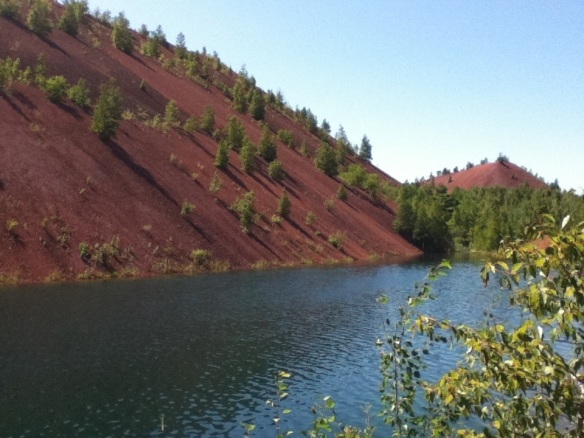