I pushed up and over two passes and eighty miles yesterday to reach Whitefish by afternoon. Sunny, smiling, and prosperous; Whitefish invites me to stay, for a while. Ski season is around the corner, as is Glacier National Park, Whitefish lake, and plentiful hiking and biking trails. Work seems plentiful, mostly in the service industry. Whitefish definitely makes the list.

Whitefish has two great bike shops; always a good reference in describing a town. And I saw two Pinarellos before 10AM, another telling reference.

Great Northern Cycles is a transplant of Teton Cyclery of Jackson Hole, WY, the owner’s former shop and residence. Contained within the GNBS is a manicured boutique of high-end road and mountain bikes, and a real coffee bar, offering caffeinated fare with as many as 6 shots (did I read that right?). One overcaffeinated drink was called “The Mechanic”. Aside from a free Americano and cup of blueberries (thanks Zana, not the last time), the shop was postered with historical cycling memoribilia, and featured some choice, vintage gear including: a Paul Components CNC rear derailleur, Campagnolo Gran Turismo rear derailleur, and assorted vintage bar-end shifters. Finally, disguised as “just another book on a shelf” was a cyclist’s touring register from before I was born. Apparently today was the day for it to be reborn-
– after 19 years. See the post titled “Legion of the lost”.

The Great Northern Bar has music and burgers and beer. Works for me.

Murmurs of a Pedalin’ Pete aroused my curiosity– an area resident who rode up to Denali for a little climb in the park. After hearing about him the second time, I demanded to know how to find this “Pete”. I was given his phone number on the spot.

I hesitated. Then I called. Pete answered; he was nice from the first word. I mumbled something about his Tout-Terrain Silkroad that I had also heard about, twice. He invited me to dinner, offered a place to stay, and we were on-site friends within the hour. His friend expertly managed a pizza-making marathon; sun-dried tomato goat cheese, Kansas City style bacon, avocado, and herb-crusted blackened chicken all made the topside of our dough. His friend– Zana. I’ll be damned if the same woman fed me breakfast and dinner in the same day, and provided a roof for the night. Whitefish comes full circle.

A 1986 Schwinn High Sierra, spotted from 50 ft away. I shouted at the operator to come hither. He was delighted at our pair of old bicycles. I delighted at his svelte SR MT-150 stem, a cousin of my MT-100.

A modern hybrid– not my favorite interpretation– with a fishing pole lashed to the top tube. That’s how they roll in Whitefish. A gun rack for your bike, sort of.

Canis lupis: are these dogs or wolves? 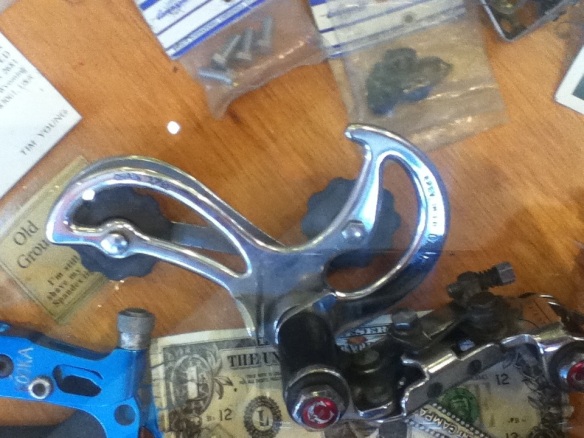 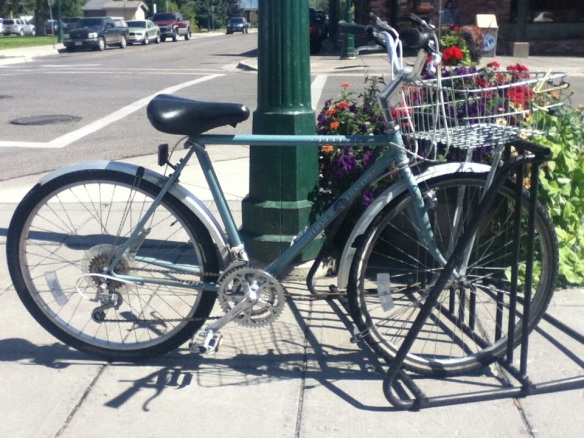 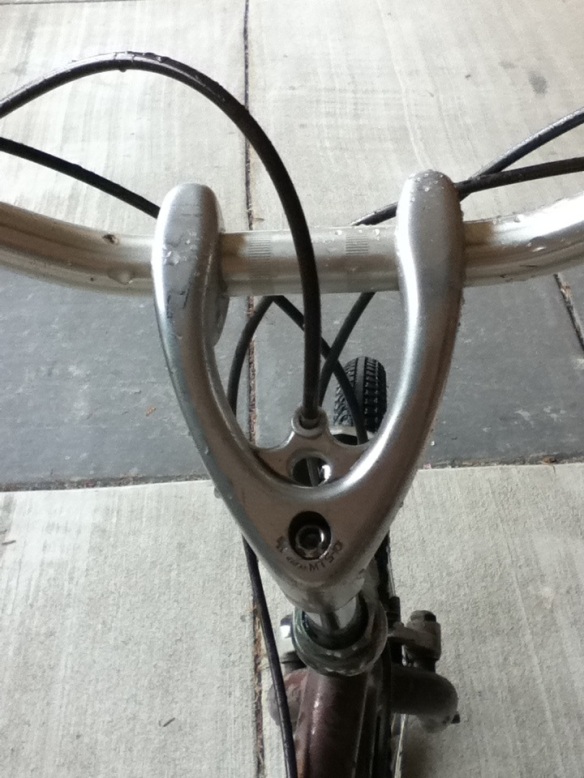 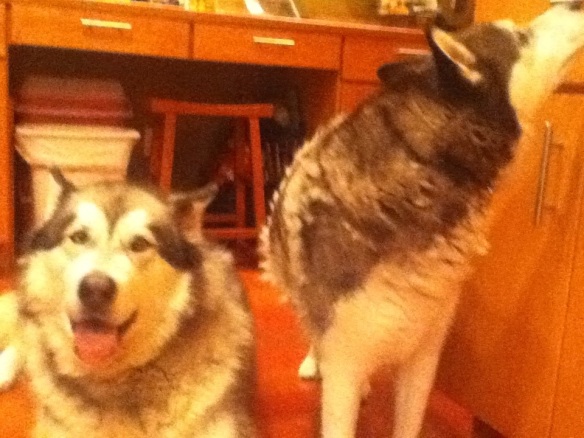 1 thought on “Whitefish cares for me, full circle”