As we trekked deeper along the snowy road, the tracks of spinning truck tires gave way to ATV tracks, Danner boots, and finally, black bear paws. Eventually, only tiny trails tracing rodent superhighways marked the snowscape that clearly, and thus not completely, clouded our route. Clear, only because the graded, winding ribbon of snow was obviously our route. It’s hard to hide a Forest Service road with snow.

I must have mentioned Indiana Pass a few times. It is the highest point on the Great Divide Route, one of the greatest single climbs along the way, and is usually impassible this time of year.

With a bit of lifting, huffing, and grunting– we passed. There was no marker to indicate the height or name of the pass; rather, there was a massive Superfund site– an old mine– and several miles of snow covered roadway.

It’s really nothing to write home about, as we had a full day, full of sun, to get us through the snow. Climbing is always an effort, and rocky descents can be taxing in an unexpected way, making mountain passes such as Indiana anti-climactic; but for almost five miles, we labored like railroadmen and pioneering gold-seekers, carrying and pushing our loads through knee-deep snow. For a minute, we were living the high adventure that everyone suspects. And then we were back on solid ground, with wet feet. Life after high adventure is a bit dull.

Over the hill, a lucky thing happened. Upon reaching Platoro, the end of the fourth map section of the Divide, we noticed that we (I) had lost the next map section. Maddened, for but a moment; we all instantly began planning our futures. Greg is going to the Virgin Islands. Lael and I are going somewhere– all of us are “going” by way of Taos and Santa Fe. Full of adventure once again, we are no longer committed to the daily toil of the Great Divide.

Backroad BLM tracks whisk us toward Taos, in relative heat– a long way from snowdrifts. 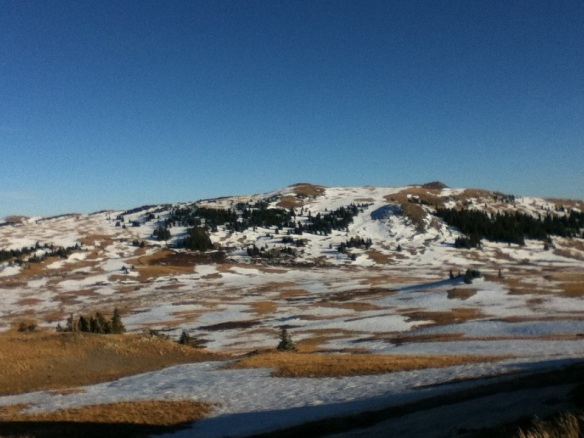 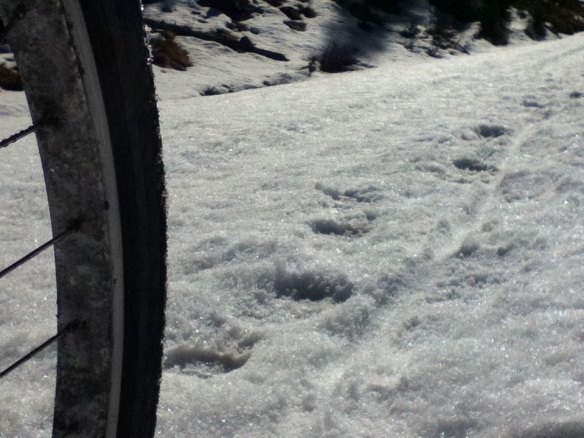 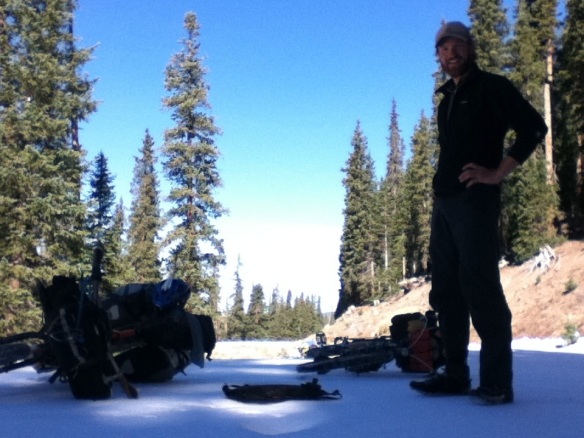 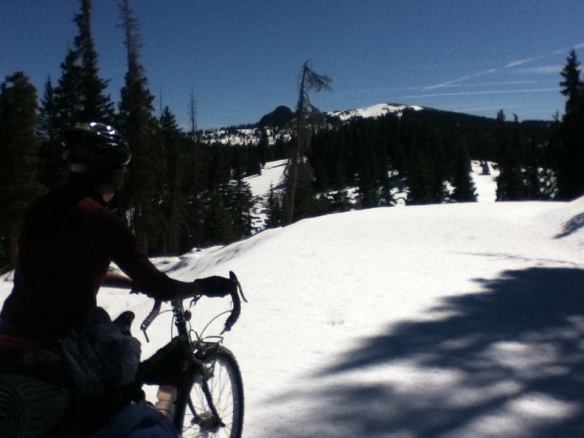 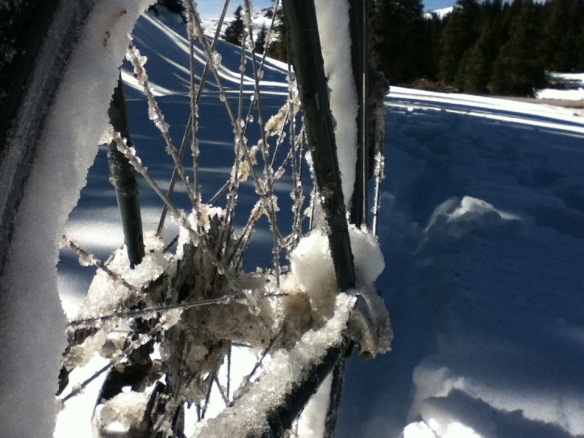 2 thoughts on “Over the hill”