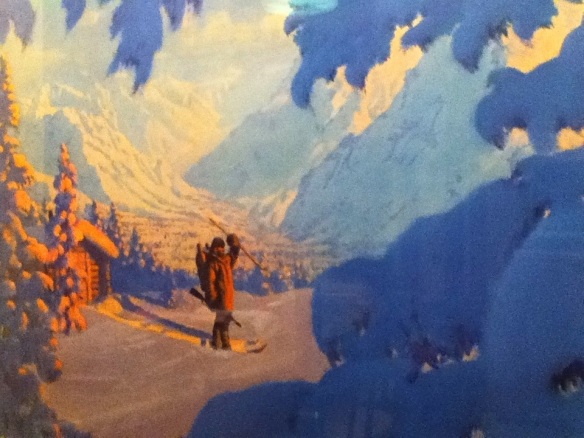 Twice a day the sun pierces the horizon. First in the southeast it backdrops the silhouetted Chugach (bottom), then across a southern track at a maximum altitude of 8.6 degrees (today) before landing in the southwest. Pre-rise and post-set, the sky is alight with a calming pink hue that’s easy on the eyes– alpenglow. In the evening, the western aspect of the Chugach Range, facing the city, is bathed in the afterlight of day. This light– indirect, on mountains– is true alpenglow.

Alpenglow is the reflection and refraction of sunlight– backscattering– in atmospheric moisture, from sunlight no longer visible to the observer (or visible from nearby mountaintops). Alpenglow occurs before and after the true light of day, and is best experienced with ice in the atmosphere and snow on the ground, for increased scattering. With topographic relief, as the city darkens, the mountains glow. 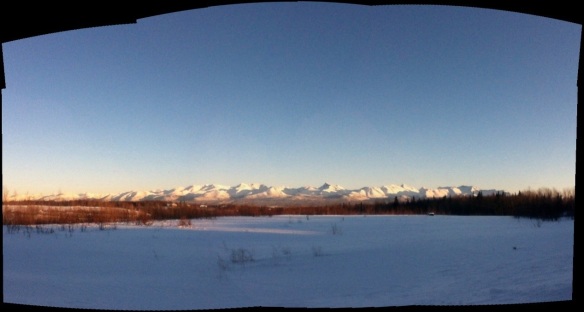 Six hours and forty one minutes today; four minutes and twenty eight seconds more than yesterday. By the end of February we’ll be gaining 5m 44sec per day, the maximum gain rate. None of these photos represents true alpenglow. Nonetheless, lots of nice light here. 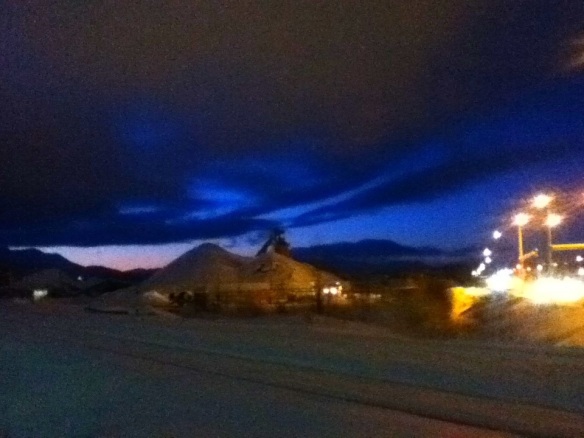