Thus far– less than a week, really– bikepacking the GR5 route has been a rich experience.  I use the term bikepacking loosely, for at times we are amidst city bicycle traffic, overdressed for the occasion.  At times, we encircle local forests along dirt doubletrack– roads to rural homes or geometrically organized forest service roads.  And sometimes, we are riding singletrack– walking, horseback riding, or sometime even mountainbiking trails.  The promise of the GR and official European walking routes is a diverse overland experience, easing from city to country several times daily, from pavement to dirt at will.  These are not wilderness trails, exclusively.  They are not exclusively singletrack.  They are always different.  For Europeans that dream of famed bikepacking routes across the globe, such as the Colorado Trail or the Great Divide Route, do not overlook the opportunities out your front door.  Coloradans and Californians should be jealous of the routes that exist here, for several reasons.

An expansive network of local and long distance routes: With the North Sea behind us, signage now points towards Nice, over 2000km away.  This location near Bergen op Zoom is the intersection of the GR5/E2, GR11, GR12, and GR17. 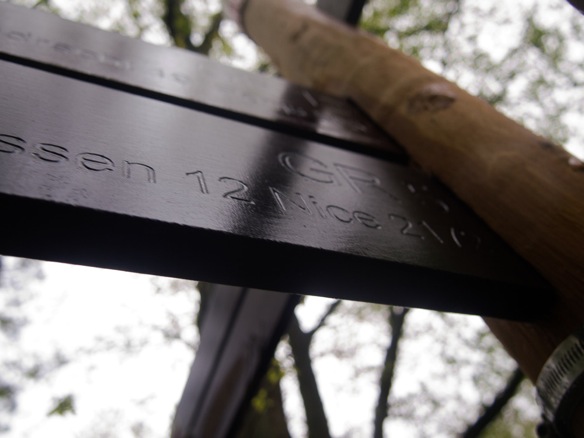 Signage, guidebooks and maps are copious.  Lael and I are following red and white blazes marking trees, signposts, electrical boxes, buildings, and fences.  Most of the time this is all we need,  Occasionally, signage is faded or damaged and we are sent looking for the route.  With the right approach, even these wild goose chases are part of the fun.  We consider it like a treasure hunt for grown-ups.  Guidebooks are available.  Local maps and guides are always available at libraries and tourist offices.  Wandelnetwerk (walking trails) on the left, fietslus (bike trails) on the right.

While we are simply following a red and white breadcrumb trail, major junctions also have public maps.  Most often, these maps show major cycling routes or local walking trails.  Even without the GR5 route listed, we can identify nearby towns and roads should we need to navigate locally.  This map actually shows the GR routes that pass through Bergen op Zoom. 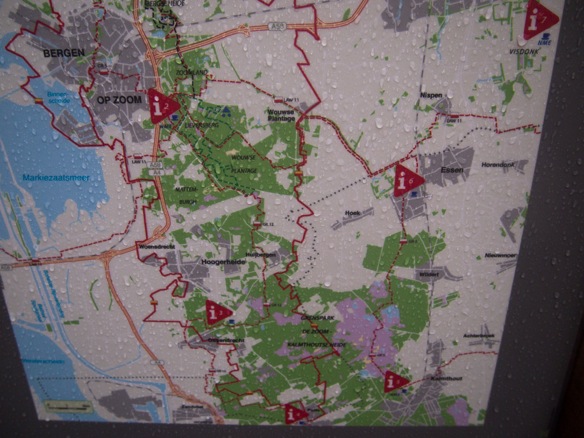 Wet weather has cordoned the camera to a dry corner of my framebag, but the riding is great!  Well-drained singletrack and doubletrack through lush forests is countered with visits to small towns with libraries, markets and bakeries.  We awoke this morning to sandy riding along these inland dunes; this afternoon, we go searching for the Westmalle Abbey, one of only seven genuine Trappist breweries in the world.  During the day, we visit two libraries to dry off and write home.

While backpacking Europe has become expensive, as the price of hostels, lodging and rail passes have increased, bicycling or bikepacking Europe presents an affordable way to travel.  Following rural routes, we find plentiful campsites in picturesque settings.  Our major daily costs are food and wine.  As we enter Belgium we add beer and chocolate to the list.  The variety of cheese, wine, and cured meats expands as we near France, and the prices decrease.  We eat better here than anywhere else, and it doesn’t cost any more.

And unless you like the look of pit toilets, stock tanks, and barbed wire, European bikepacking offers more exciting architecture than the popular routes in the States.  We asked directions through this area and were told to turn left at the “great white house”.  Turn left here. 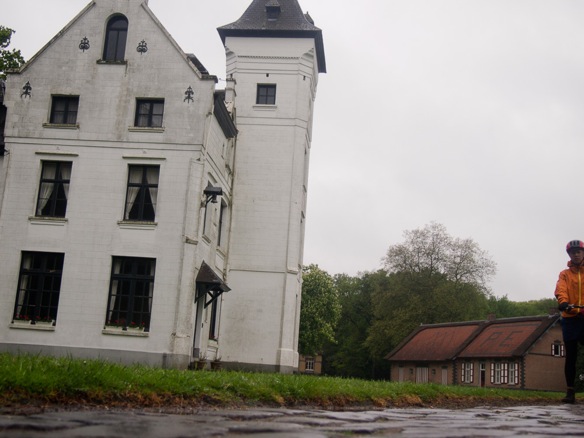 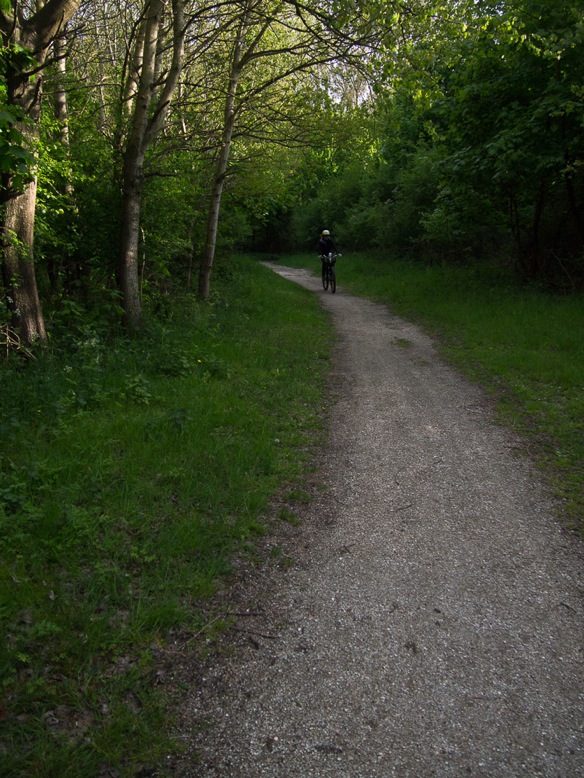 There are 11 major walking trails in Europe, designated E#.  For example, we are following the E2 route, which coincides with the GR5.

Additional resources on European routes in this Wikipedia article.  France has the greatest network of trails, with over 64,000km of walking trails.  Major routes listed here.

We have also followed some of the North Sea Cycle Route, a mostly paved route which encircles the North Sea through the UK, Scandinavia, Denmark, Germany, the Netherlands and Belgium.  Finally, the EuroVelo association has developed some excellent long-distance cycle routes across Europe, mostly paved or graded surfaces.  Lael and I have ridden some of the popular EuroVelo6 in the past, and found it to be well-signed, selecting interesting routes with low-traffic volumes.  The opportunities are endless.