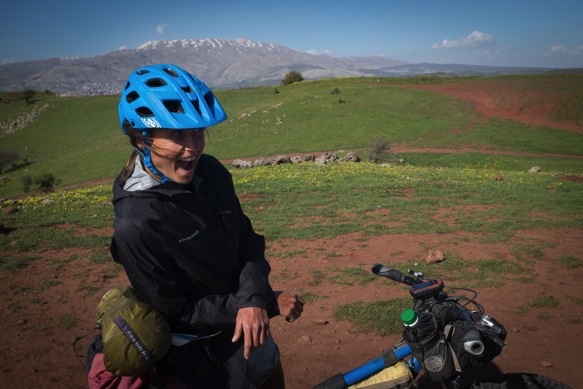 Skip to the fun part and leave an encouraging comment for Lael at the bottom of the page.  Yes, she is racing the HLC.  The event starts Thursday at 7AM.

She rides and rides and rides, you know that.  But at the beginning or end of every day, or anytime in the middle, she bounds away for a run of an hour or more, powering up the cell phone which we rarely use to keep track of time.  She will lose track of time while running.  She has carried a jumprope for the past six months to aid the healing and strengthening of an ankle injured while working in a restaurant last summer, but the jumprope has just become another smile inducing part of an active daily routine.  She also carries a book on the bike, so it’s not all business all the time.

At the age of 18, only a year or two after shifting focus from soccer to running, she ran her first marathon in 3:18, placing third.  Back in 2010, she decided at the last moment to participate in the Copper Canyon Ultramarathon in Urique, Mexico.  We had biked there from Tacoma via Baja.  In 2013, while living in New Mexico, she rode from Albuquerque to the start of the Cedro Peak Ultramarathon, a 45km trail run with lots of climbing on rocky trails.  She won, and rode home.  In December 2013, returning from five months of bikepacking across Europe and two months in the southwest USA, she rode to the start of the Tucson Marathon and finished 4th.  Last winter in Alaska she completed her first bike race, a 50mi fatbike race called the Frosty Bottom, and smiled all the way to the finish.  She signed up for a few local XC mountain bike races in the spring for fun.  She discovered endurance road riding on a series of springtime rides across the state of Alaska when the mountain bike trails were too wet to ride, at the same time discovering the state where she had grown up.  She rode home from Fairbanks.  She rode to Homer to see her grandparents.  She rode to the family’s cabin in the valley and back, over Hatcher Pass, returning in time for work the next morning.  On the Thursday before the locally-famous Fireweed 400, she signed up at the suggestion of a friend who offered to provide support.  Borrowing her mom’s road bike and a set of slick carbon racing wheels from a demo Trek Madone, she raced to the front of the pack as the top female finisher, second in the overall standings, and only 12 minutes behind a man on a recumbent, in just over 27 hours.  A few weeks later we left Anchorage for a period of travel expected to last up to a year.

It has been eight and a half months since leaving Alaska.  We have travelled in Slovakia, Poland, Ukraine, Romania, Serbia, Montenegro, Albania, Kosovo, Macedonia, Greece, South Africa, Lesotho, Swaziland, Egypt, Jordan, Palestine, and Israel.  Having immersed ourselves in the Israeli bikepacking scene and in the culture of the HLC over the last two months, her participation in the event was almost inevitable (thanks to the ever-convincing Ilan Tevet, no doubt).  With the strength and experience of months of bikepacking behind us and a penchant for excited last minute race commitments, you will now be able to follow a pink dot across Israel on the HLC Trackleaders.org page.  Lael will be the first and only female to participate in the HLC, and the only American this year.

Hill climbing, hike-a-bike, protein loading on sardines and hummus, shopping for ultralight gear at a 24 hour convenience store, sleeping on the ground, a framebag full of grapefruits, learning to use the GPS, wildflowers, singletrack, doubletrack, chunk track, cattle trails and barbed wires fences, and drinking lots and lots of water.

Photos from the HLC track, Mt. Hermon through the Golan Heights and Galilee.  Camel skull with helmet from Jordan.  Looking at these photos reminds me how much I like this girl.  Good luck Lael!  Keep smiling. 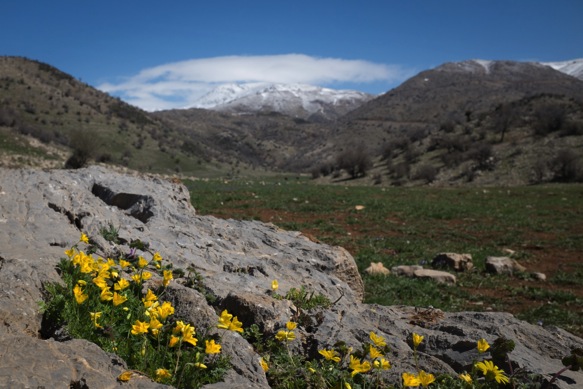 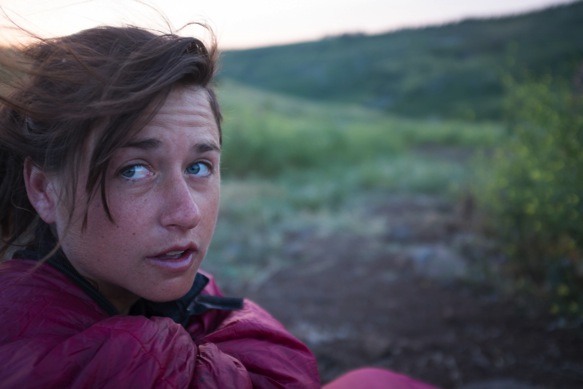 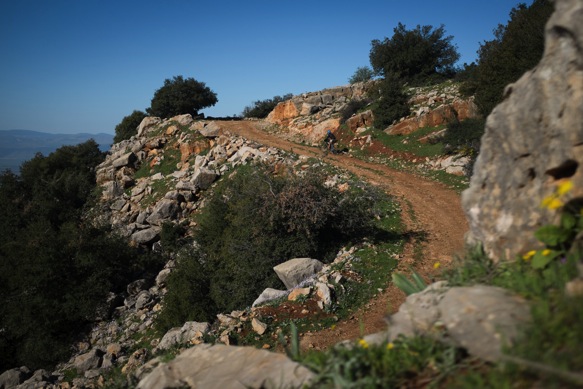 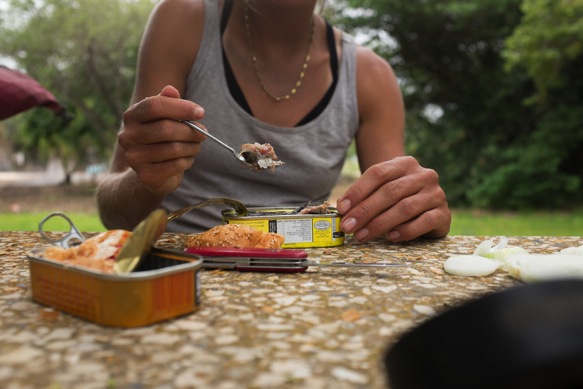 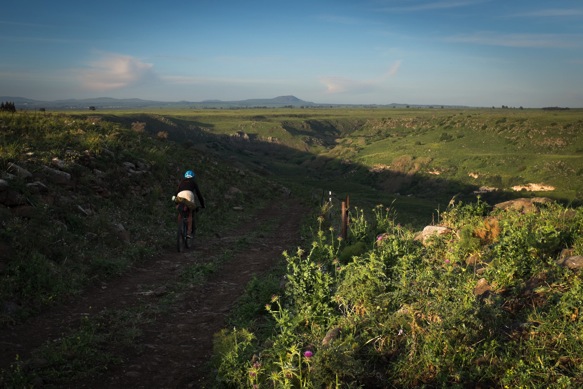 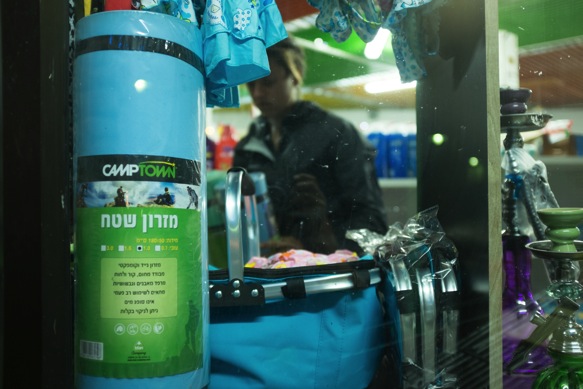 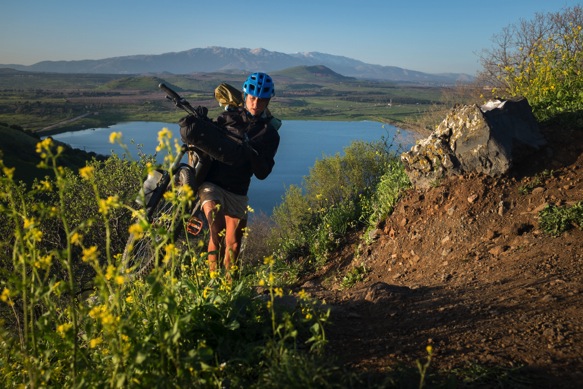 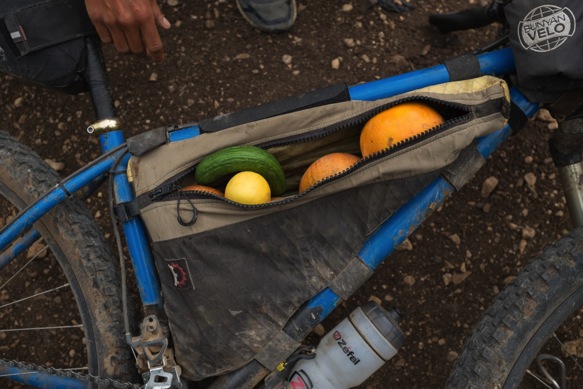 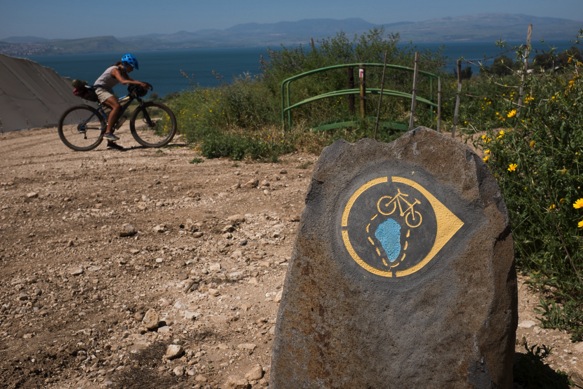 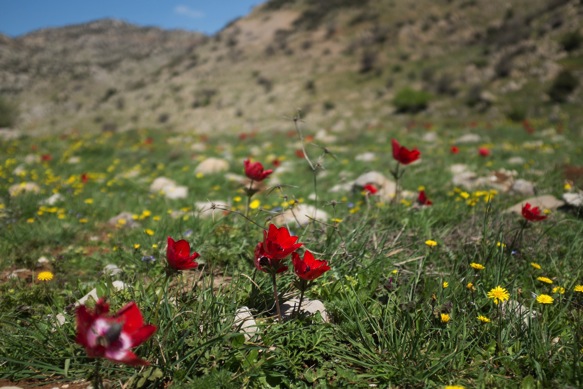 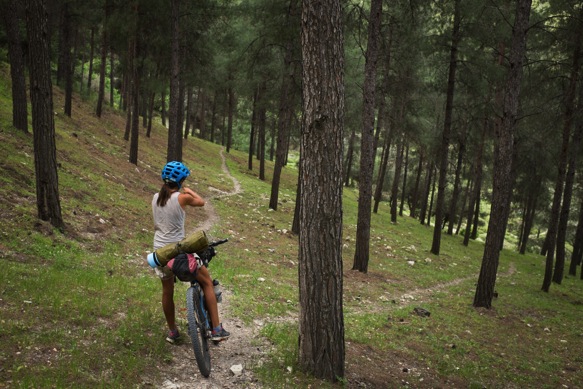 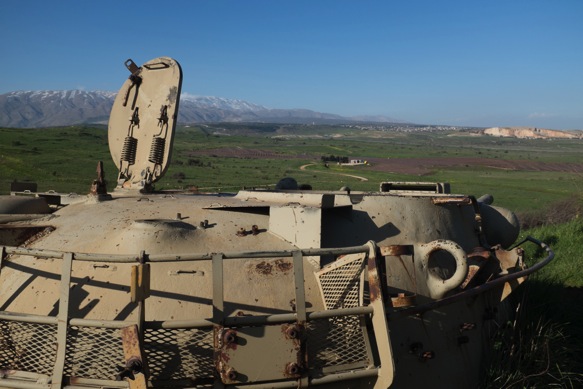 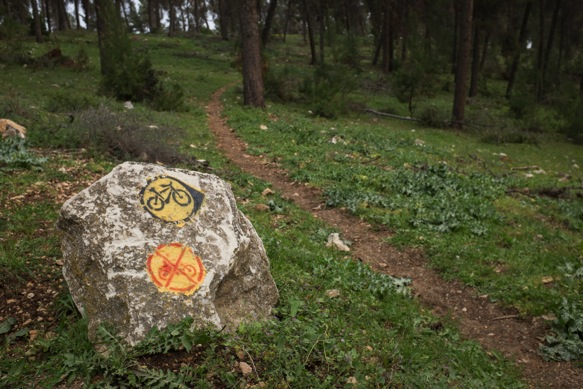 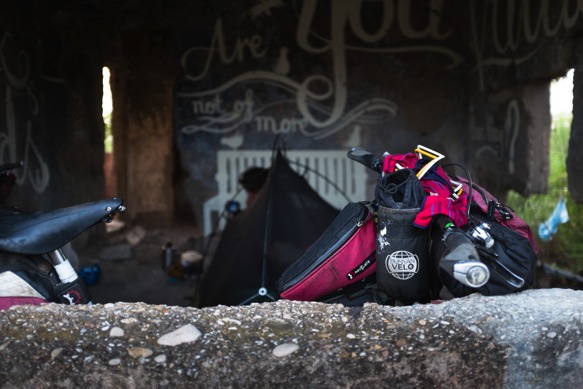 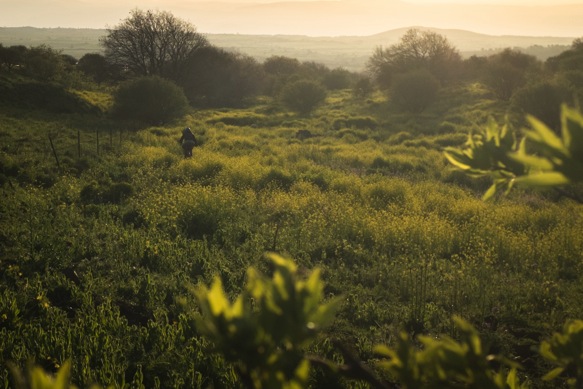 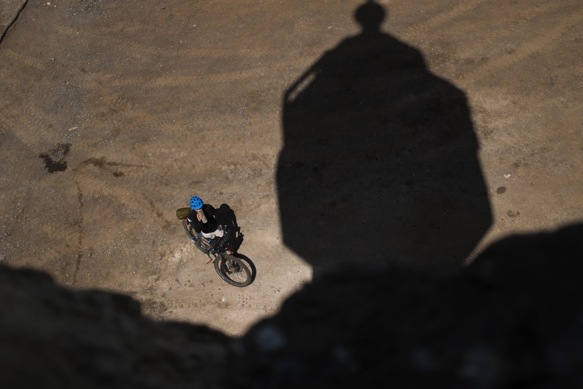 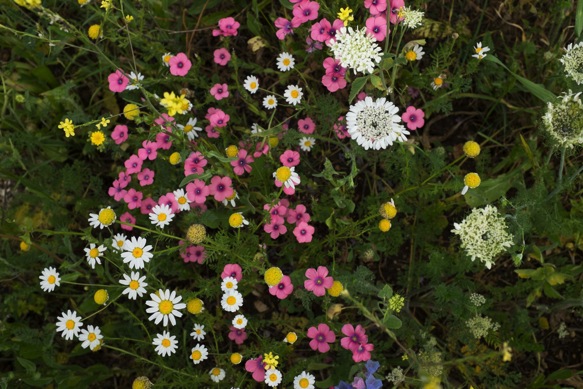 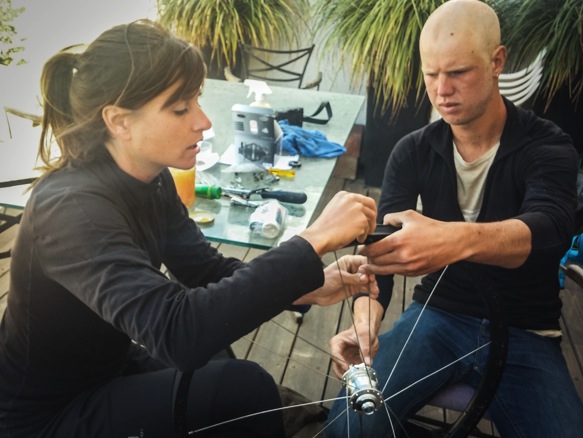 Lael with her truncated touring load on our latest ride from Mt. Hermon back to Tel Aviv.  The full race kit halves the already light system.  Thanks to Eric at Revelate Designs for the unbreakable framebag, able to contain six grapefruits without complaint.  Thanks to Charles Tsai at Intelligent Design Cycles for the new Shutter Precision PD-8X dynamo hub, the same as I have been using without fault for the last ten months.  Shipped last minute from Taiwan, the hub arrived to Israel in less than a week.  Thankfully, hub dimensions for the PD-8X match the Hope hub it replaces, enabling us to reuse the spokes.

With some rain in the forecast up north and a seasonal heat wave brewing a week away in the desert, it should be a fun ride.  She hopes to finish the 825mi (1400km) distance in under ten days.

Send some encouraging words to Lael by leaving a comment below! 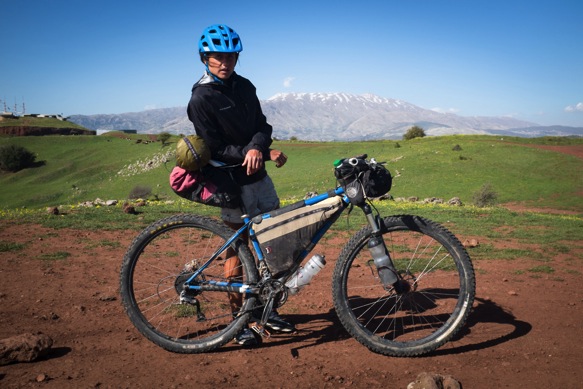 61 thoughts on “Lael’s Other Half and the HLC”