The Stumpjumper has a new fork that’s actually an old fork of the same color from another bike. Now, it resembles the 1984 Stumpjumper, but with mid-fork rack eyelets. Studded tires and fenders are key to urban cycling; it hasn’t snowed in a week and over twelve hours of sunlight makes some meltwater during the day as snowbanks fade in gothic grace. At night, puddles freeze into icy mirrors. Footprints and tire tracks are fossilized until the light of tomorrow.

Spring mania has set in as roofs are shoveled and bikes are awakened from hibernation. For months, everyone ate and slept too much. Now, they’re buying road bikes even as the roads are still iced over. Anticipation.

Freeze Thaw Cycles is the name of an exceptional bike shop in State College, PA. They stock practical touring and commuting cycles, as well as interesting used equipment and mountain bikes for the local state forest. They had a small stash of 86mm BCD chainrings for my SR Apex triple in 2008 when I first visited. They also supplied a used LX rear derailleur to replace mine, which had seized. For a few days, I had to cross rumble-strips to shift to a smaller cog. 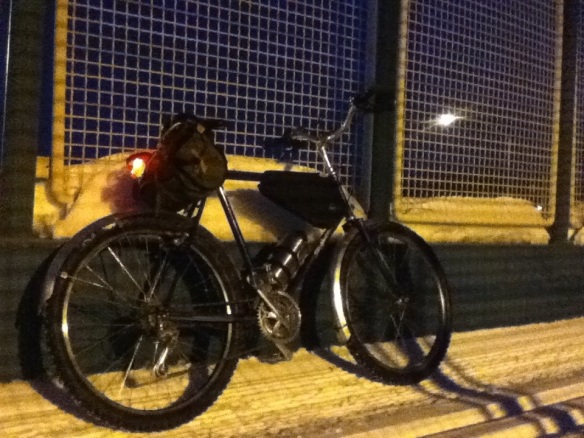 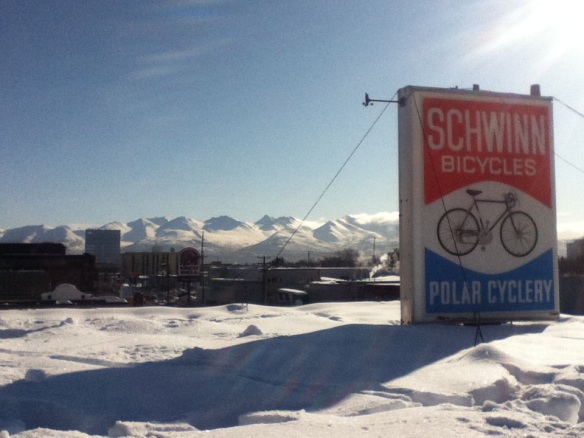