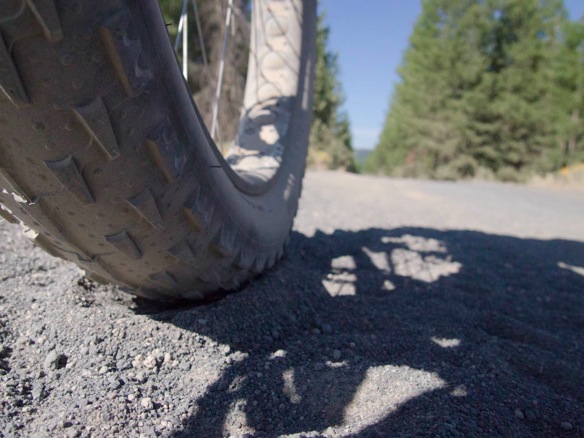 It is not every day that I can boast the benefits of the Surly Pugsley or fatbikes in general, although I try.  I am often forced to concede to admonishing onlookers that “yes, the tires are heavy” and “no, there isn’t a motor hidden within”.  I’m more inclined to speak with those that are interested in what it can do, rather than what it can’t.  In fact, I haven’t found anything it can’t do, but there are some people that can’t be convinced.  “All the way from Alaska? Really?  Honey, did you see that?”.   I’m forced to stand and smile for pictures.  Italians want to know “what kind of bike it is?”, and before I can say Surly Pugsley they clarify, “is it a mountain bike?”.  I’m resting in the shade atop Togwotee Pass above 9658 ft.  Call it anything.

But when the trail turns to sand, described by the Great Divide narrative as “extremely soft volcanic soil”, I’m grinning ear to ear.  If only those sedentary naysayers could see this, or the Anchorage winter, or the miles of washboard I’ve ridden.  Now in Wyoming, I met an awesome guy on an old Schwinn Sierra that fell in love with the concept of framebags, and completely understood the concept of fat tires despite his first encounter.  Two of the same breed– the Pugsley is a little like the Sierra would have been in 1984.  What are the big tires for?  Aren’t they slower?  The simple fact is that some people want to go places on bikes, and some do not.  This old Sierra carried him cross-country in the 80’s, and he’s been in Wyoming ever since.  Bikes take people places.

The thrifty mile abandoned rail corridor, once called the Oregon Short Line, shuttled tourists to Yellowstone National Park; anymore is it signed and managed as an Idaho state multi-use trail.  It’s an ATV and snowmobile trail for sure, and it’s not suited to the casual bike ride as many improved rail-trails are.  Wisconsin, Minnesota, and the Upper Peninsula of Michigan are rich with similar trails whose main function is winter snowmobile use.  I’ve just met Trey and neither of us have met another Divide rider in over a week.  We are barely through the ritualistic questions about the big tires when their volume and low-pressure speak for themselves, and we part ways.  Sinking, spinning tires on his secondhand Kona mountain bike Trey opts for the alternate route which is 17 miles longer and half paved.

Evening is my time to ride and accounts for about half of all time in the saddle.  Swimming accounts for the remaining daylight hours.  Following side trails for fun, I lose my way and find myself at a gas station on the main highway.  I pick up a cold tall beer and ask directions back to the abandoned rail corridor.  Riding sand on a fatbike, swimming, and sipping a cold can of beer– I’m riding high in Idaho. 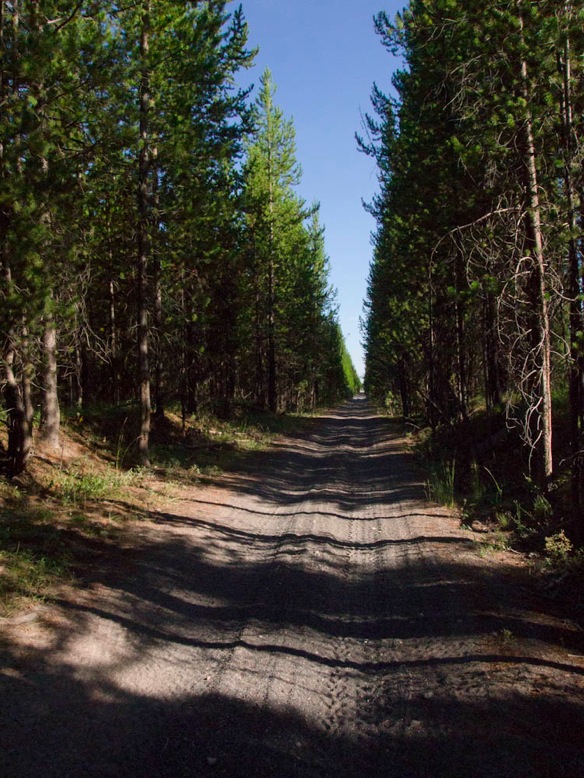 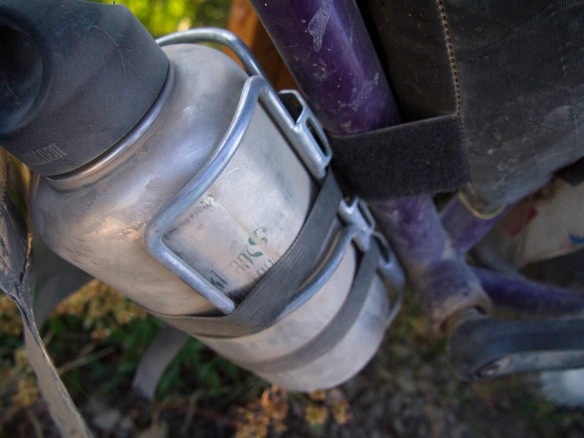 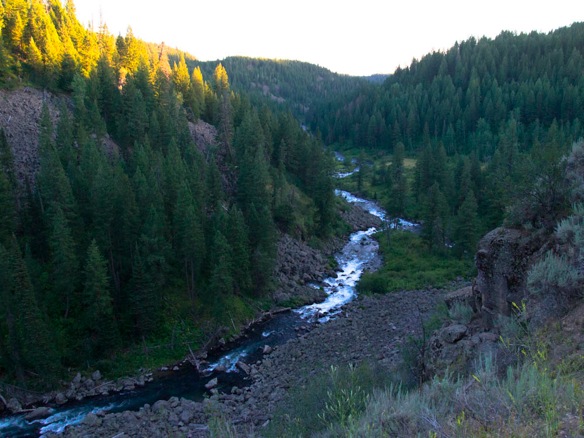 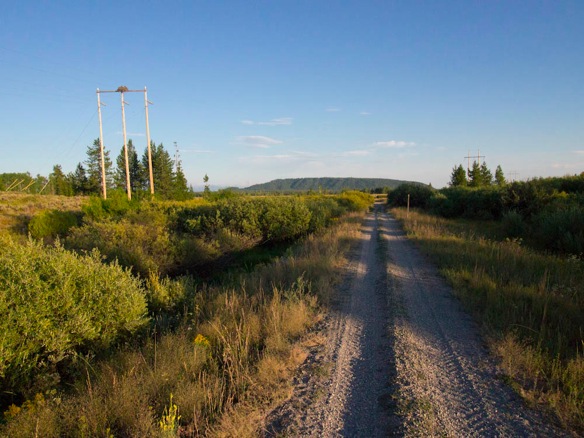 I’ve regularly begun filling the 64 oz. Kleen Kanteen as surface water become less plentiful.  Refilling my drink bottle and cook pot, the supply of water within is never-ending.  Sick of peanut butter for the time being, I’ve got an extra bottle cage on the fork for another liter of water which may be useful through the Great Basin.  And as the days become shorter, I’m finding myself riding into the night.  Cool evenings and distant national forest boundaries tempt me; at least, a half-hour of riding in the dark to reach free camping is better than packing into a national park campground for $8 a person.  An impromptu group of four cyclists can share a piece of dirt for $32, although I opt to ride to the Teton National Forest boundary.

Miles Davis performed at the Isle of Wight festival in 1970 in front of a rock audience of over 500,000.  When asked the name of the tune, or the kind of music, he replied, “call it anything”.