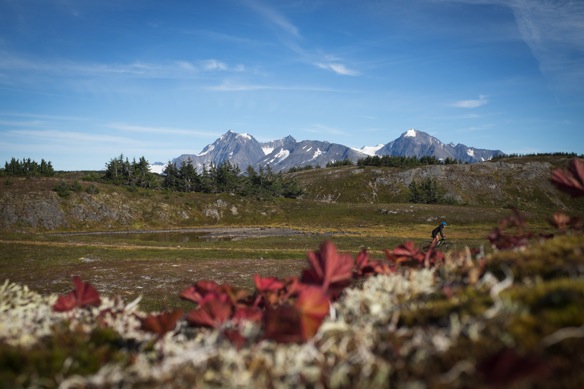 A disconnected network of singletrack trails on the Kenai Peninsula in Southcentral Alaska comprise the greatest resource for mountain bikers in all of Alaska.  Despite expectations– and there are enough riding opportunities to occupy both major seasons– there isn’t much rideable singletrack in Alaska.  This is a big state with few paved roads, fewer dirt roads, and even fewer trails.  However, there are many off-trail opportunities including a vast arrangement of frozen backcountry trails and more miles of coastline than any other state.  Counting game trails and overland traverse the opportunities are endless, although the list of trails you can recommend to an out-of-town guest or a customer at a bike shop are limited

Last Thursday, about two weeks since Lael finished her second run down the Divide and my first day out of town since May (New Mexico notwithstanding), we traveled down to Seward to ride the Lost Lake Trail with Christina, Amy, and Hobbs.

The Lost Lake Trail is a classic on the Kenai and travels from the small coastal town of Seward to the Primrose Trailhead on the south end of Kenai Lake.  We traveled out and back from Seward in an afternoon, leaving time to lay in the sun on one of the last days of summer.  It is possible to connect a round trip from the Seward TH to the Primrose TH on the Lost Lake Trail by returning on the old Iditarod Trail.  Our ride was less than ten miles in each direction, out and back.

Lael and I leave for Vegas next Monday.

For more from Lost Lake check out the recent feature by Dejay Birtch in Dirt Rag Magazine, or the Specialized sponsored Trail Hunter video series with rider Matt Hunter.

Spotting several pods of beluga whales coming in with the tide on Turnagain Arm, en route to Seward from Anchorage. 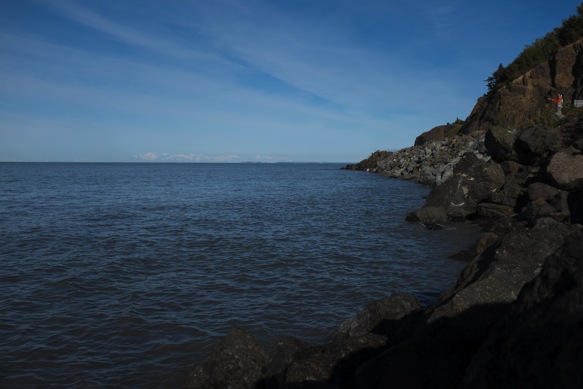 Hobbs’ brother works at Great Northern Cycles in Whitefish, MT, and is the recipient of many of his little brother’s used bikes.  The latest is carbon Yeti SB95. 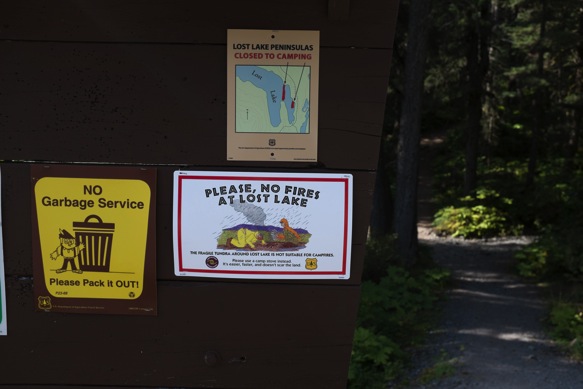 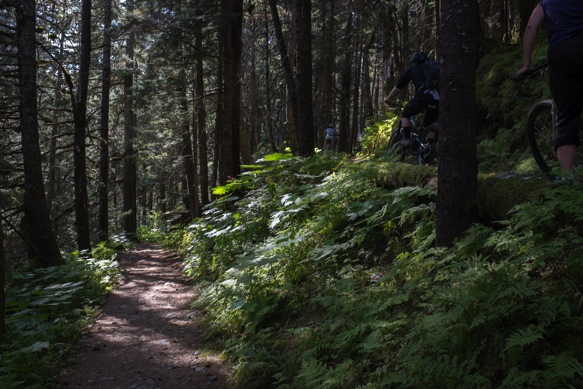 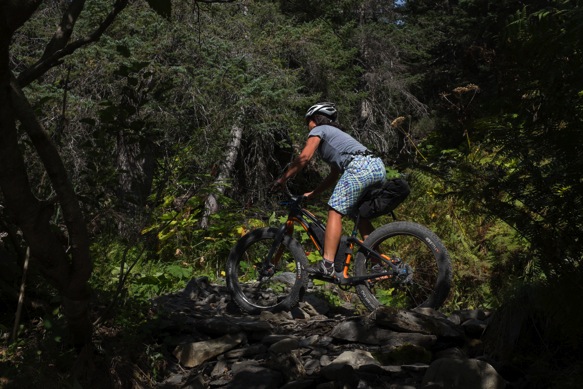 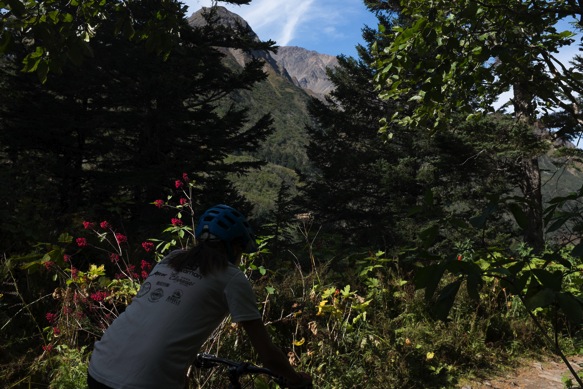 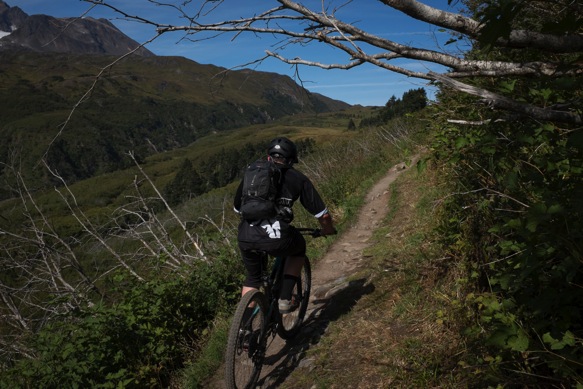 Within an hour, we’re climbing out of the trees. 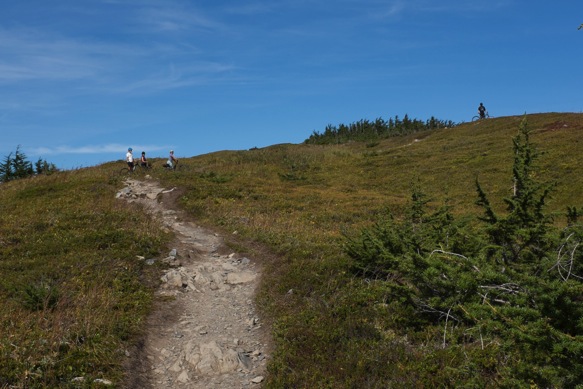 Carving a line across the alpine tundra on durable trail.

A short traverse to a gravelly beach on Lost Lake. 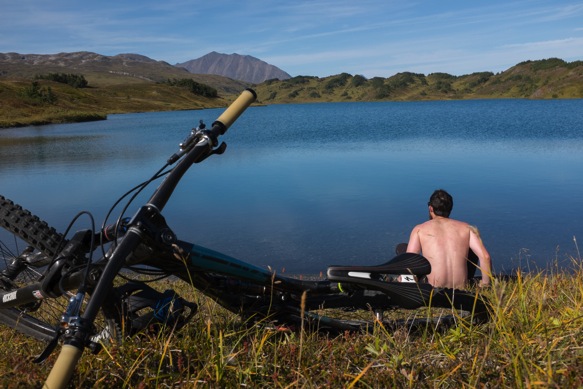 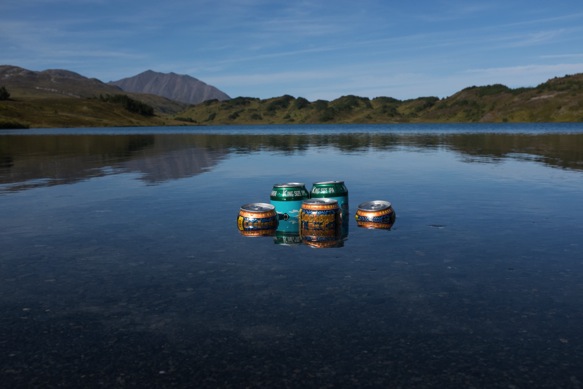 Descend, back to sea level. 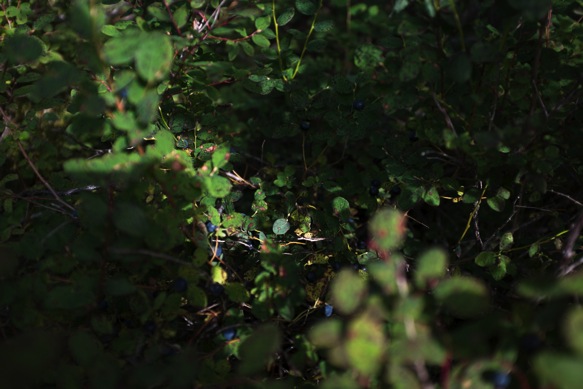 Back down Box Canyon, into the forest, and back to the trailhead.  I chased Hobbs all the way down.  Chasing a former downhiller on a hardtail is loads of fun.

This is one of the last rides on the Krampus.  It has been a good bike.

Anyone in Anchorage looking for a Large Surly Krampus frame?  It comes with a very well used but functional Fox Talas and an unused rigid steel fork.