The color and geometry and antiquity enamored me.  Located on a small tract of private land within Wrangell-St. Elias National Park, the Nabesna Gold Mine is a charicature of frontier industry.  It would never have been recreated this well by historians and set-artists, but the contrast of order and chaos is exactly what it would look like if it had been.  A 42-mile dirt road penetrates the park from the north to the settlement of Nabesna.  There, a muddy two-track takes you the additional four miles to the gold mine at the end of the road, which was abandoned back in 1945.  I tip-toed and shutter-clicked around the decaying structure, careful not to awake any ghosts or critters.  I put one foot forward with half my weight, testing floorboards and stairs and ladder rungs.  And when I was done I walked briskly back to my bike, stopping for a few extra clicks of crusted ferric sediments, a broken window and the orderly disorder of rusting barrels.  The circus left town on this place; I left just as quickly,

One of only two roads into the largest national park in the United States, the Nabesna Road is under-visited, largely due to the rough dirt road and multiple stream crossings which thwart most two-wheel drive cars and larger RV’s when the waters run high.  Additonally, there are no tourist facilities at the end of the road, such as in McCarthy.  By bicycle, the road is quite rideable but offers enough challenges to come home hungry at the day’s end.  There is another small gold mine near the end of the road only a short hike away.  See my post on biking the Nabesna Road. 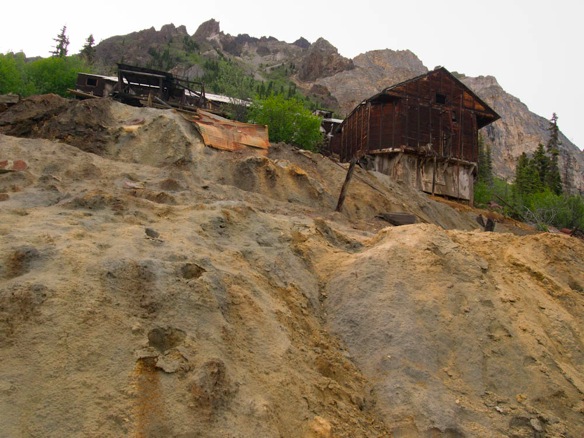 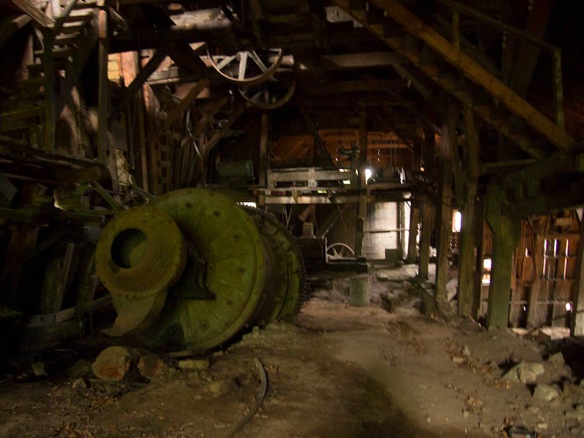 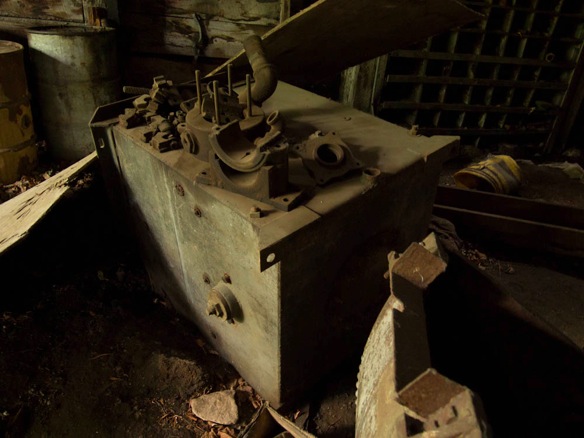 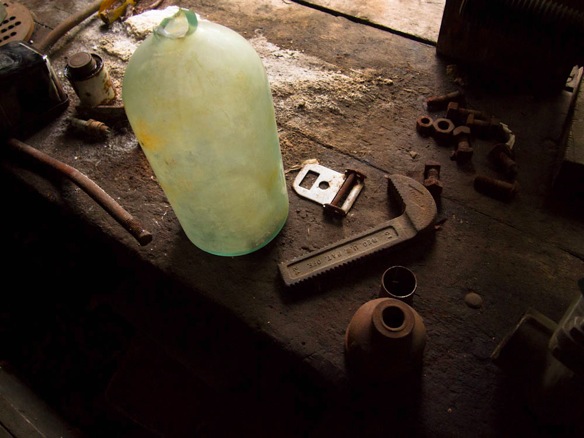